Creature Name: Caeloherr, originating from the latin word for sky "caelo" and the german word for lord "herr". Also known as a Sky Lord.
Rarity: Rare
Location: Often travels around the country but calls Cardollan
Appearance: 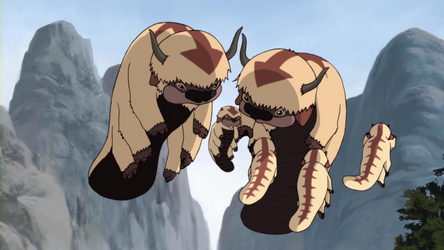 Lore: Nobody knows where the Caeloherr come from. Something of their size doesn't really pop up in Empyrea, especially with the kind of predatory animals that can be found in the country. But something must have happened in their native land as they had started to migrate here. At first it was only a few hundred years ago, where only four known Caeloherr had touched down in Empyrea. Though, as time has gone on they have been able to breed and multiply, with the present day population being around 100 spread across the country.

Most Caeloherr tend to build their nests, which are normally caves or volcanoes depending on the variant, most are pretty far away from humans so most think they are a myth. Though every now and then they end up flying over major cities and are more the likely shot down, causing a decline in their population in recent years.
Natural Traits:

Great: The namesake of the Caeloherr, they are incredibly large. To put in simple terms, the People of Volvahold use one Caeloherr to be the foundation of their village, allowing for easy travel. They can grow to be as large and 1,207 feet from their head to the end of their tail, 500 feet wide, and 625 feet tall.

Omnivore: Just a little extra; the Caeloherr is able to eat both meat and plants, though plants the size of them are pretty scarce so they opt to eating people, normally large amounts of them.

Thick Skin (Dark Caeloherr): There's another variant of the Caeloherr simply referred to as the Dark Caeloherr which looks like the normal ones but inverted. These ones have their color due to living in the desert and desert volcanoes, and their shade helped them hide from predators. Due to these heated areas, their resistance to heat increased more than their normal counterparts'.

Hover: While most just assume they can fly with their tails, it is, in reality, magic. Granted it's on ability, it's still magic. Being able to be compared with wind magic, this single spell makes the Caeloherr able to lift themselves off the ground up to 30,000 feet. Mainly the adults know how to do this, as if the children were to know they would more than likely fly to high and kill themselves.
Gamma I am putting this back into unchecked because of the updated bestiary rules that this currently breaks.
I will remove this post once this creature is updated correctly.
Sponsored content